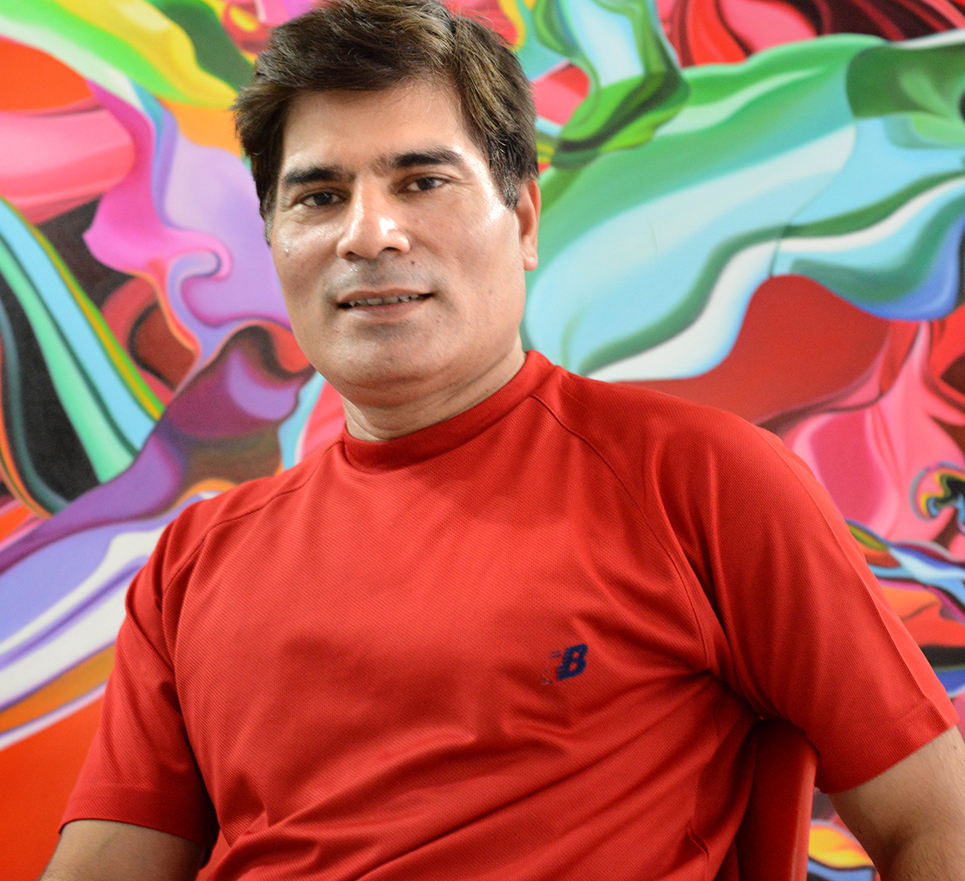 Sudhir Bhagat has over 20 years of experience as a designer and creative director-providing consultancy to some of the world’s most creative advertising networks. Based in New Delhi, he graduated with BFA at Delhi College of Art in 1985 and has to his credit some of the most iconic and popular advertising campaigns. His work has been recognized and awarded both locally and by international juries in New York, Asia-Pacific, the UK and Europe. After spending many years in advertising, Sudhir felt the time was right to switch  over to his passion of painting.

Sudhir works primarily with oil on canvas. His approach to work is so fresh in terms of forms and colours that it is not only contemporary but very futuristic. Sudhir Bhagat’s artwork can be identified by his distinct treatment of colours within the corpus of human bodies that he paints. There are refreshing sharpness and linearity that are characteristic to all his artworks.

2011 "Renew Your Spirit" by Krabi Artworks at Westin